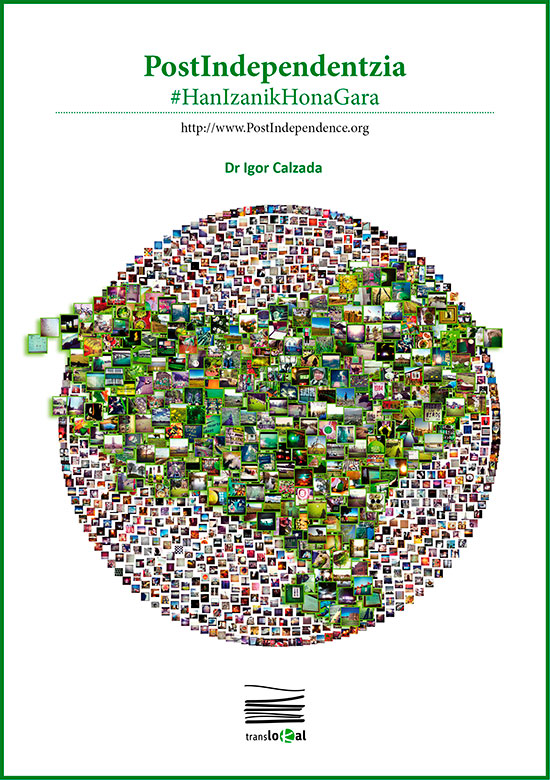 Posted at 19:22h in Publications by icalzada 2 Comments
0 Likes

On 23rd and 26th June, Dr Igor Calzada presented his new book entitled PostIndependentzia > #HanIzanikHonaGara (PostIndependence > #BeingThereWeAreHere) in ELKAR bookshop in St. Sebastian published by TransLoKal Academic Entrepreneurship for Policy Making. The book gathers some of the most relevant conclusions of his three-year research on Regional and Social Innovation Studies at the University of Oxford. The original and first edition is in Basque language.

In Europe, milestone changes are taking place in which the right for territories to decide their own future and democratic choices for devolution and independence are becoming issues. This book aims to visualize the Basque Country from the outside, from an international point of view by proposing its real choices and contradictions in a constructive, transformational and entrepreneurial manner.

And what if we were an independent country? What if, starting today, we began to think about independence the very next day and started on a plan of action? That is what PostIndependence is. To that end, the author believes that it is essential that relations with other countries and projects should be bolstered, a place that we would like in the world, to start working on a united strategic action. 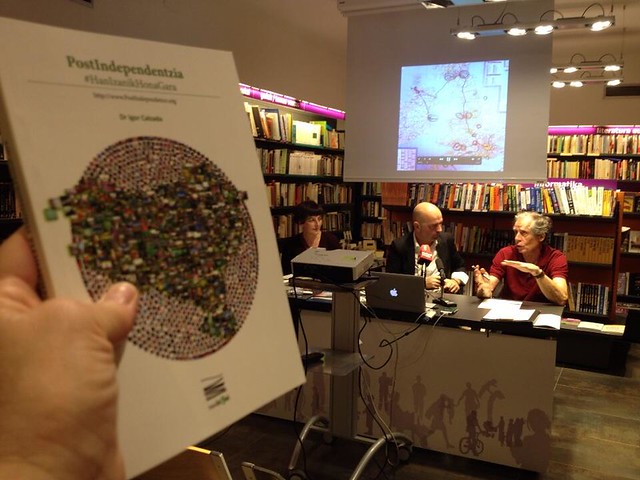 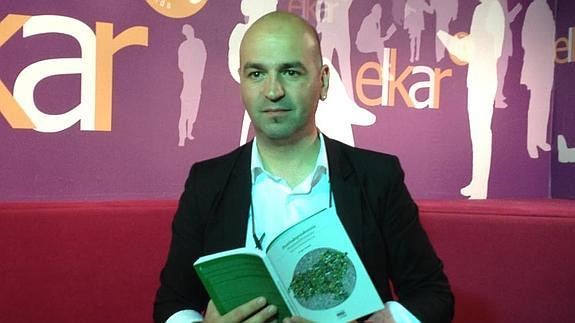 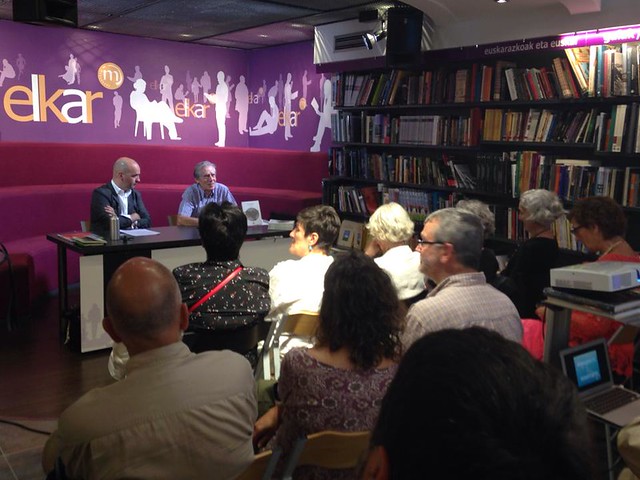 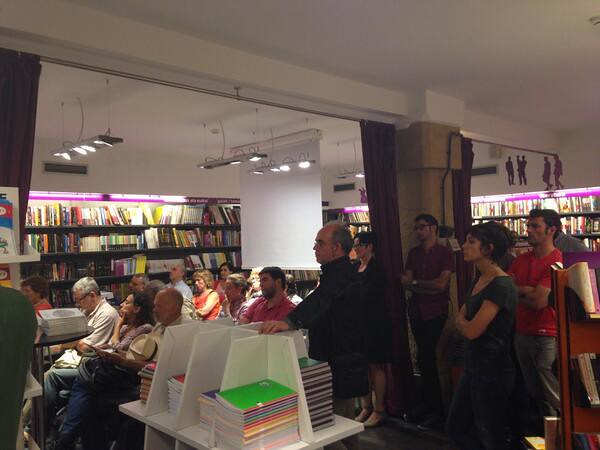 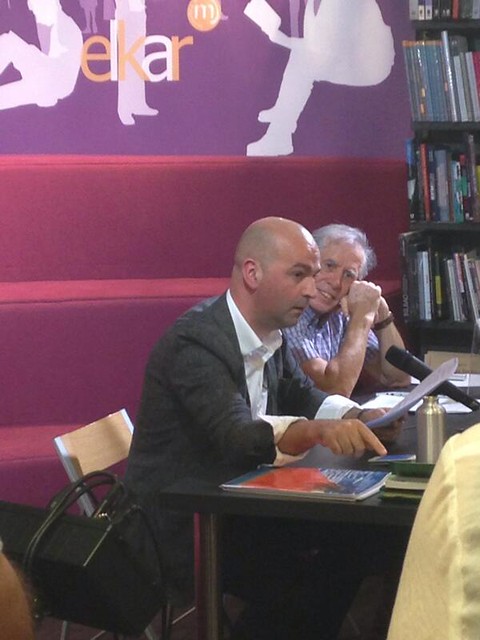 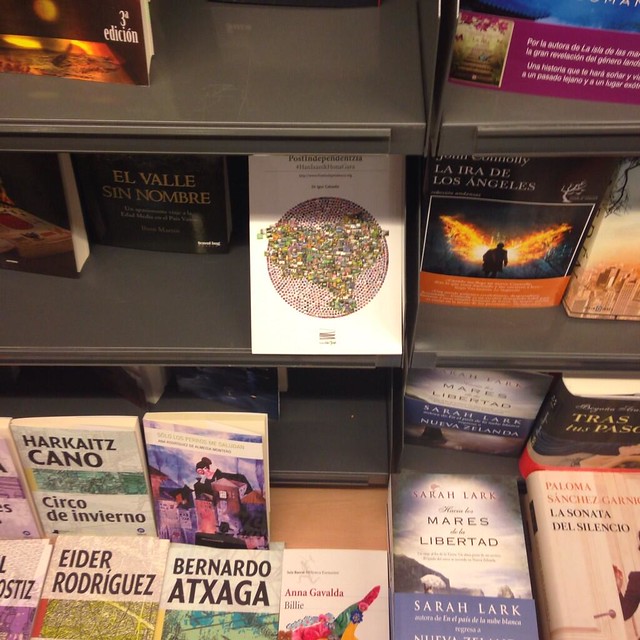 The book contains the preliminary conclusions from the research project entitled “Benchmarking Future City-Regions” carried out by Dr Calzada at the University of Oxford with the support of Ikerbasque and the RSA.

Here is the Synopsis in English and Basque.

Here is the book cover in English:


The book has been entirely covered by: 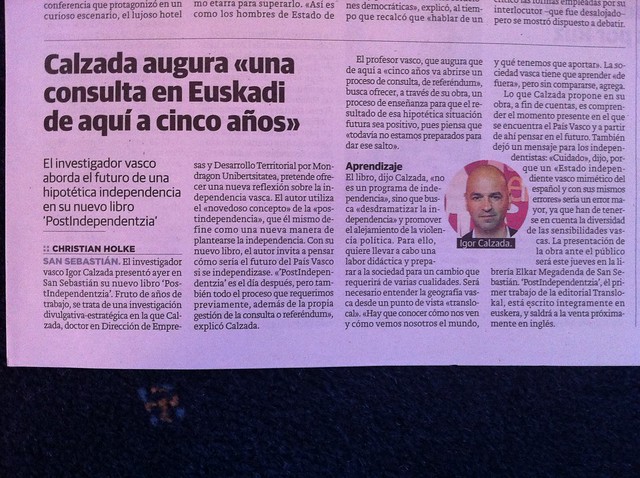 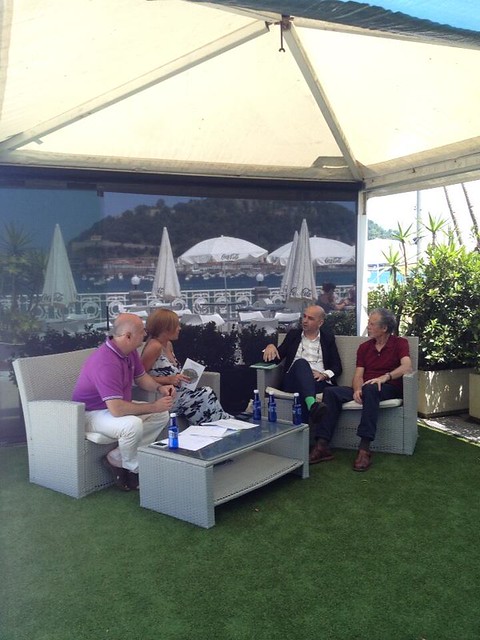 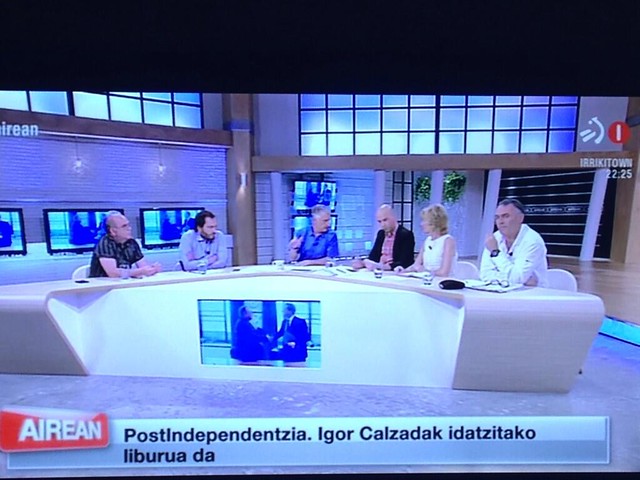 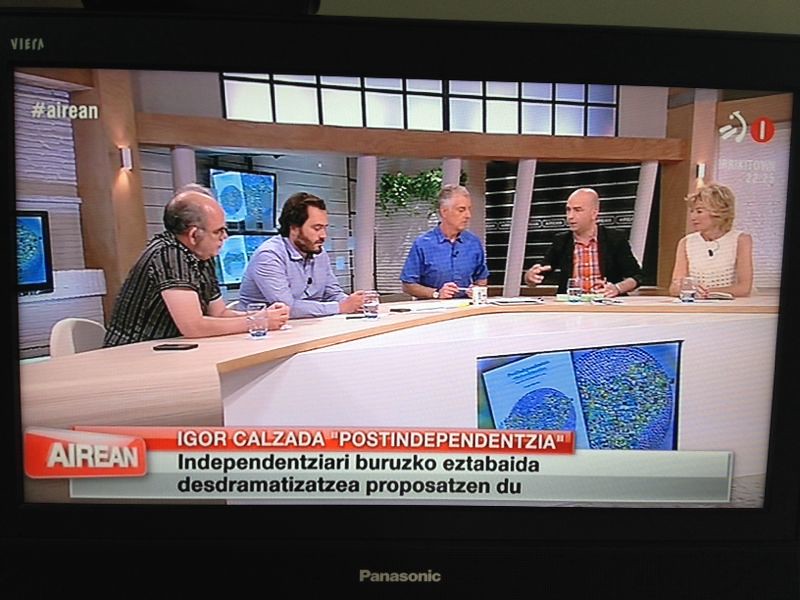 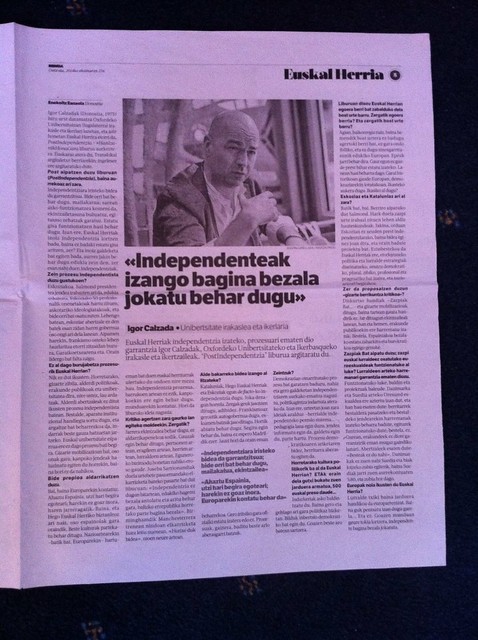 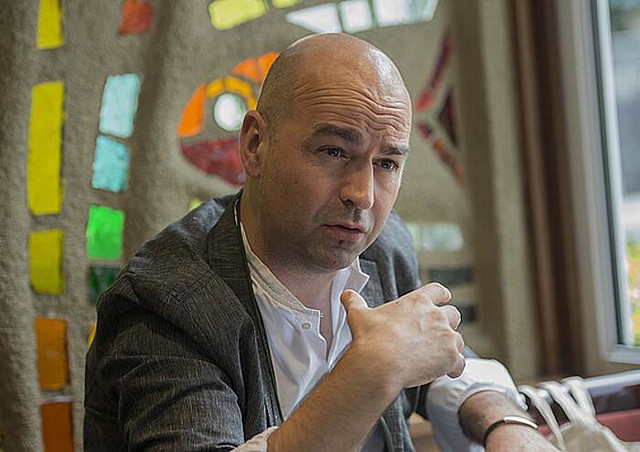