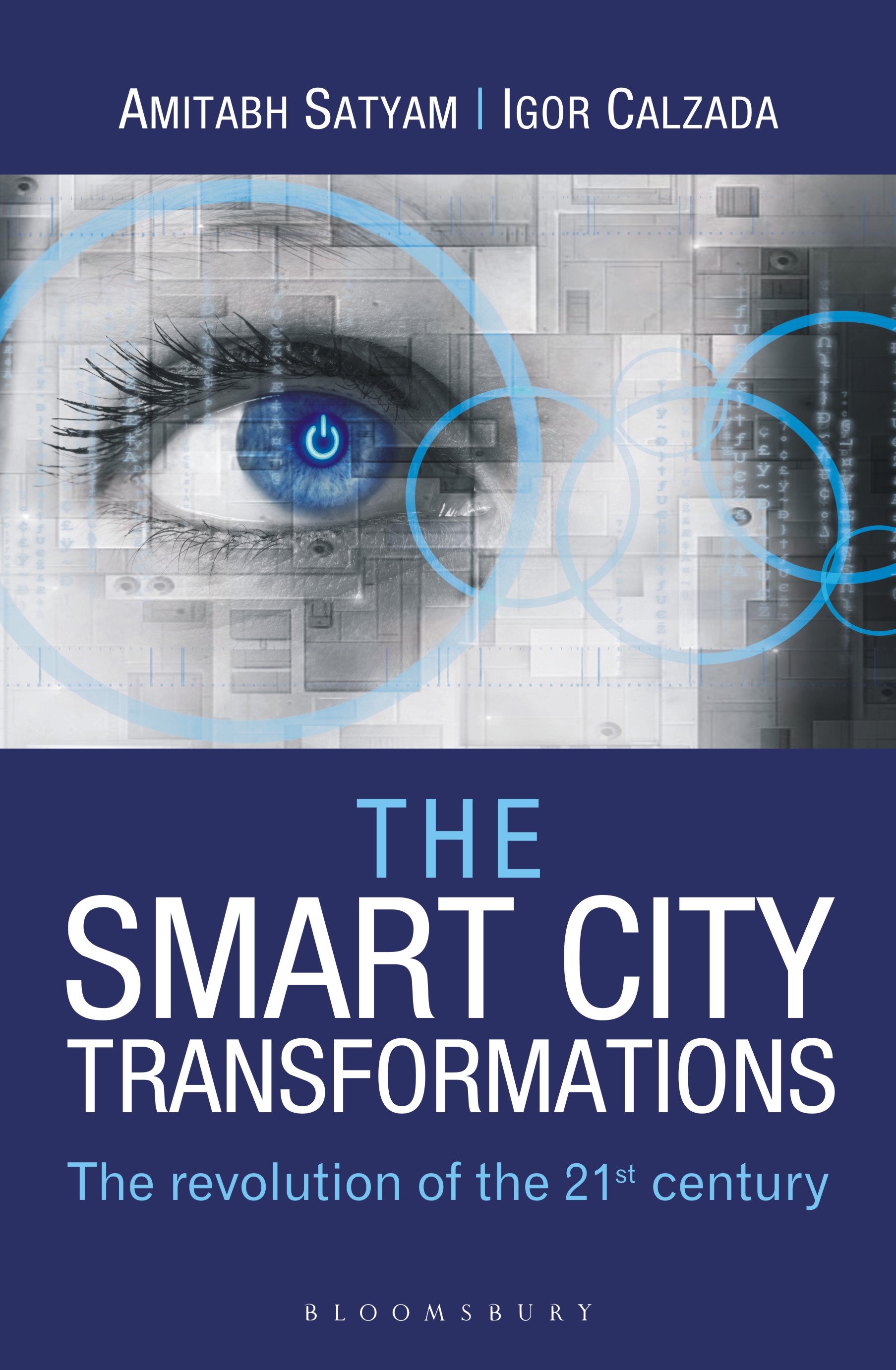 16 May ‘The Smart City Transformations: The Revolution of the 21st Century’ book co-authorship published by Bloomsbury Academic & Professional Publishing

Posted at 21:30h in Publications by icalzada 0 Comments
0 Likes

Dr Calzada has been co-operating in the last years with Mr Amitabh Satyam, the Managing Partner at SAP company in Bangalore, India, in order to prepare the publication of the following book: ‘The Smart City Transformations: The Revolution of the 21st Century’. The book has been published by the prestigious Bloomsbury Academic & Professional division that also won the Bookseller Industry Award for Academic, Educational & Professional Publisher of the Year in both 2013 and 2014. Here AVAILABLE.

Here is the abstract of his contribution to the book:

Dr Calzada argues that the development of the so-called buzzword smart city and its use in planning inner cities are intimately bound to current urban transformations. In an attempt to deconstruct or unplug the buzzword, Part Four shows a wide range of topics order to create not only a critical but also a constructive policy agenda of smartness in cities and regions. The conclusion of Part Four concludes with the necessity to plug stakeholders in by setting up a complex, multi-stakeholder, city–regional urbanity as a way toward real smartness in cities and regions. To plug in, or connect, stakeholders, one should consider the interdependencies among them; the need for democratic mechanisms to manage data; the need to scale up urban solutions to metropolitan and city–regional levels; the intent to provide comparative evidence-based data; and, finally, the tendency to establish not only quantitative but also qualitative rankings and city dashboards that enable adaptability rather than replicability. Part Four is structured in two chapters: Unplugging the Smart Cities (Chapter 12) and Plugging the Smart Cities (Chapter 13). At the end of Chapter 13, Dr Calzada elaborates on future policy implications for smartness in cities and regions: Transitions; Smart Devolution; Multi-stakeholders’ Interdependencies; Big Data; Smart City–Regional and Metropolitan Governance; Benchmarking; and City-Dashboards.

To cite the book section: