Posted at 20:21h in Projects, Publications by icalzada 0 Comments
0 Likes

Dr Calzada gave a keynote conference as expert insight on ‘Defining Smart City Governance’ into the programme of the three-day conference in the premier Smart City capital of China, Yinchuan, organised by TM Forum Smart City InFocus 2016. Before and after the event conducted fieldwork research in Beijing, Yinchuan and Shanghai by linking with the key publications in the field of the global urban change and economic life in cities.

The presentations of the TMForum Smart City 2016 InFocus Conference are available here.

In addition, here the Forbes article where Dr Calzada is cited as part of an interview made by Federico Guerrini: 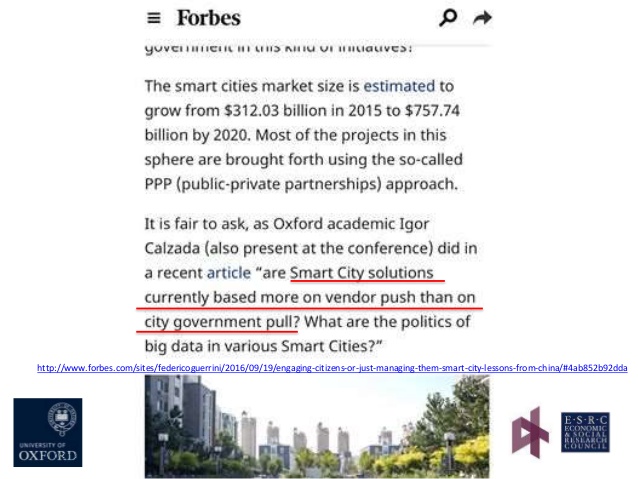