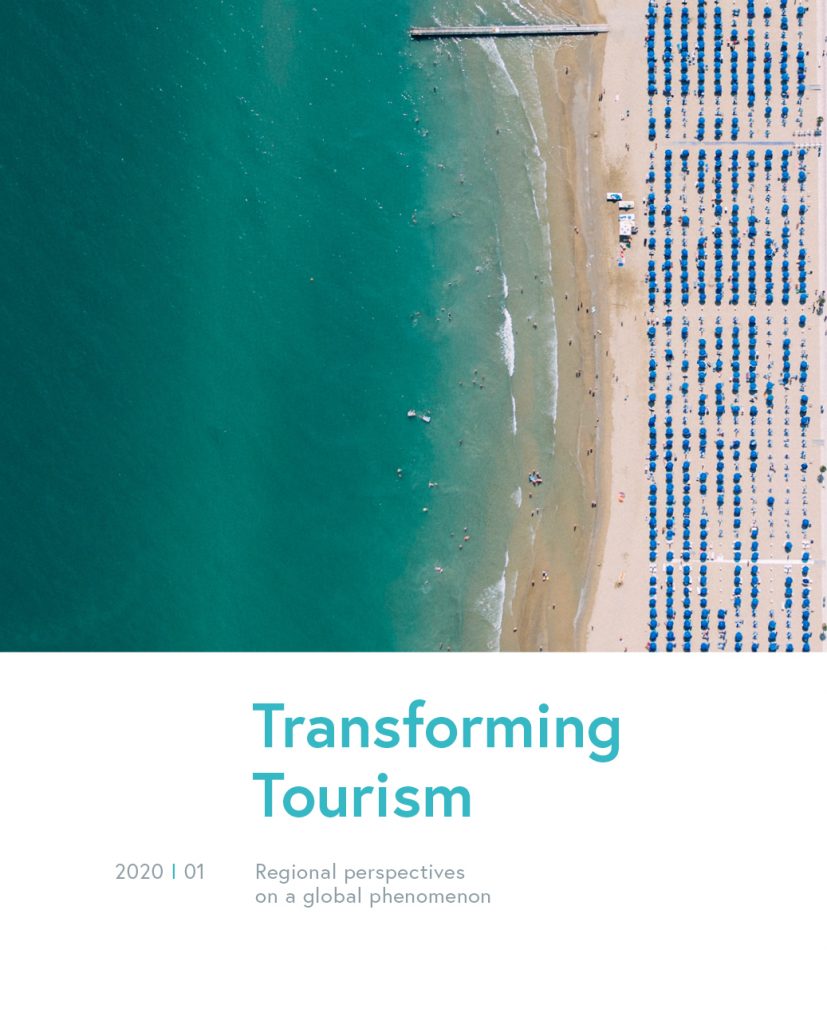 Posted at 09:58h in home, Publications by icalzada 0 Comments
0 Likes

Dr Calzada contributes to the publication ‘Transforming Tourism: Regional Perspectives on a Global Phenomenon’ edited by Coppieters and Ezkerraberri Foundations with the 6th chapter entitled ‘Seeing Tourism Transformations in Europe through Algorithmic, Techno-Political and City-Regional Lenses‘.

In light of the recent ‘tourism-phobia’, there is a need to better understand how tourism could be transformed through new business and social models. Attempts have been made, for example, to identify which experimental tourism models would align with the United Nations (UN) Sustainable Development Goals (SDGs). Nonetheless, research remains scant and the policy paradigm slightly out of date. With the pervasive proliferation of tourism services provided by big tech multinationals such as AirBnB and Uber and the rapid algorithmic disruption of the so-called “sharing economy” paradigm, several European cities and regions are seeking to mitigate the negative side-effects caused by “platform capitalism” in their neighborhoods and local communities. These side-effects include gentrification, privatization of public space, inherent conflicts between visitors/tourists and residents/locals, environmental damage, and precarious working conditions, among others. Thus, this paper explores why tourism in Europe requires new business and social models to neutralise this algorithmic disruption and modify the extractivist neoliberal logic in tourism to develop new, transformative, techno-political, bottom-up, and networked strategies stemming from the city-regional realm. Against the backdrop of the General Data Protection Regulation (GDPR) in the EU that has recently taken effect on 25 May 2018, this paper argues that a new, transformative, tourism paradigm could emerge from the European political left. The push of the city-regional resurgence beyond established nation-states could enable grassroots and institutional tourism initiatives to take the lead and coordinate a political response to achieve further sustainable, equitable, and, ultimately, democratic technological sovereignty in diverse localities through Europe. In conclusion, this paper posits city-regional, bottom-up, and networked dynamics characterised by the GDPR as an opportunity to establish a new techno-political paradigm in tourism by overcoming data and algorithmic extractivist practices.