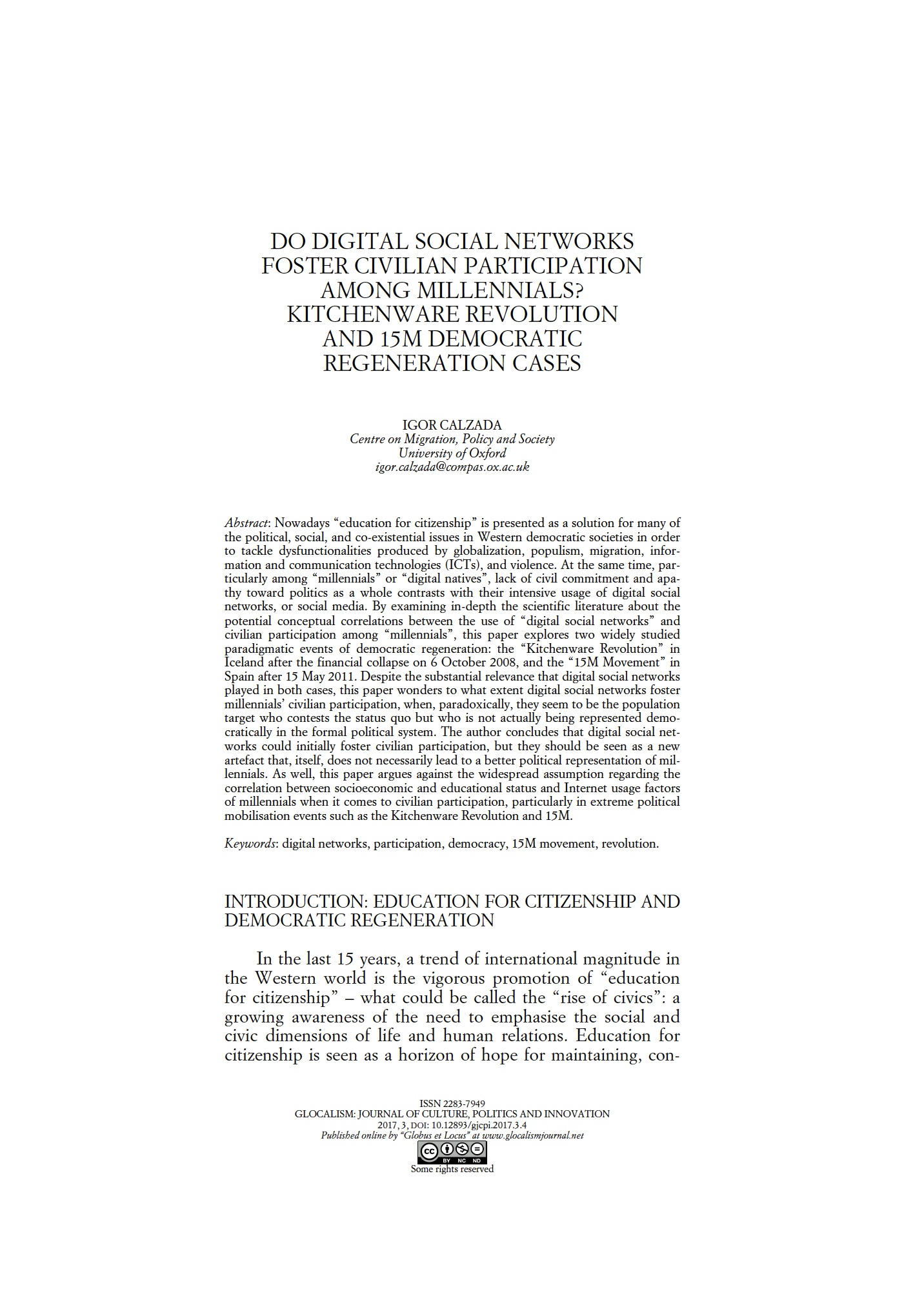 Posted at 18:51h in home, Publications by icalzada 0 Comments
0 Likes

Dr Calzada’s article has been published in the Journal Gocalism: Journal of Culture, Politics and Innovation as follows:

Here is the abstract:

Nowadays “education for citizenship” is presented as a solution for many of the political, social, and co-existential issues in Western democratic societies in order to tackle dysfunctionalities produced by globalization, populism, migration, information and communication technologies (ICTs), and violence. At the same time, particularly among “millennials” or “digital natives”, lack of civil commitment and apathy toward politics as a whole contrasts with their intensive usage of digital social networks, or social media. By examining in-depth the scientific literature about the potential conceptual correlations between the use of “digital social networks” and civilian participation among “millennials”, this paper explores two widely studied paradigmatic events of democratic regeneration: the “Kitchenware Revolution” in Iceland after the financial collapse on 6 October 2008, and the “15M Movement” in Spain after 15 May 2011. Despite the substantial relevance that digital social networks played in both cases, this paper wonders to what extent digital social networks foster millennials’ civilian participation, when, paradoxically, they seem to be the population target who contests the status quo but who is not actually being represented democratically in the formal political system. The author concludes that digital social networks could initially foster civilian participation, but they should be seen as a new artefact that, itself, does not necessarily lead to a better political representation of millennials. As well, this paper argues against the widespread assumption regarding the correlation between socioeconomic and educational status and Internet usage factors of millennials when it comes to civilian participation, particularly in extreme political mobilisation events such as the Kitchenware Revolution and 15M.