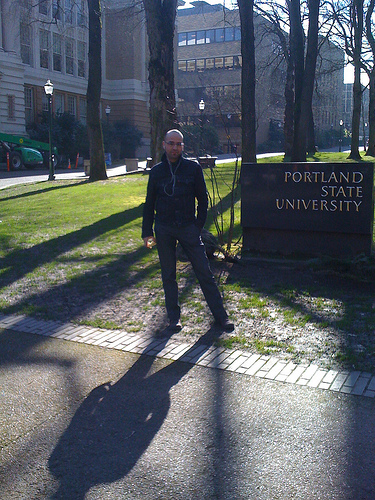 I arrived in Portland in March 2009. It was a highly productive time of my doctoral research at the PSU, but I also interviewed some other stakeholders in the City-Region of Portland (Oregon). Definitely, I stepped up the field work case that would be included as a case study in my PhD.

I was happily surprised with some patterns in the urban life of Portland such as: the way rural and urban connected, the outstanding importance of the community in the North American context, the historical landmark of the UGB, the impressive public transport system and the way the urban life style in Portland was understood.

Thanks a million to all of you that I could share my intuitions, ideas and projects with:
Ethan, Connie, Sheila, Beth, Sara, Briana, Jose, Alex, Chuck, Carl, Karen, Ron,…