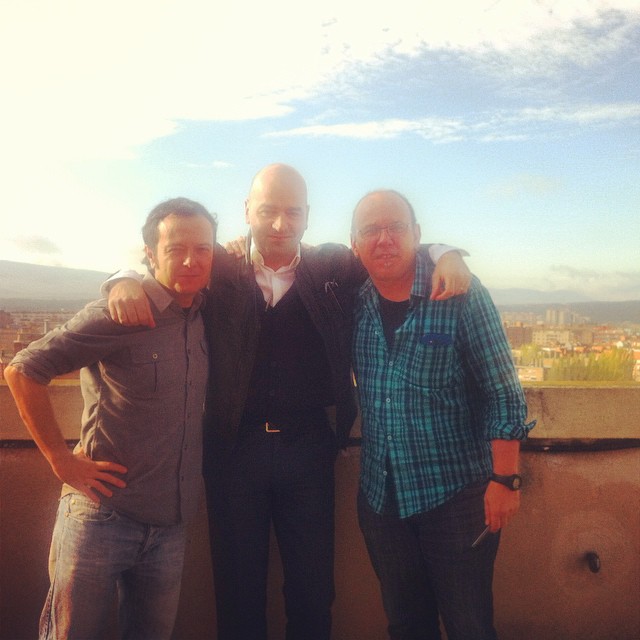 Posted at 16:04h in Projects by icalzada 0 Comments
0 Likes

Dr Igor Calzada is collaborating regularly as a scientific popularizer and an analyst on social, economic and political issues in the only ‘alegal’ radio station in Basque language in the Chartered Autonomy of Navarra, Euskalerria irratia. This is just a recording taken in January 2015 about different themes such as: Greek Elections 2015, Syriza, Podemos, Iceland; Charlie Hebdo, Right vs Left political endless debate, cosmopolitanism and multiculturalism; Islam, Arab civilization and Muslim ethnicity; and British university student and teaching reality within these topics. He is collaborating since June 2014 onwards.

The video and the photo has been provided courtesy of Euskalerria Irratia radio station.

(Juan Kruz Lakasta, Igor Calzada & Peio Argiñarena, Iruñea-Pamplona up on the air. The tune at the beginning is a cover by the Basque songwriter Ruper Ordorika of the song by Robert Wyatt ‘The Age of Self’).

Here is the podcast regarding the General Elections 2015 in the United Kingdom on the radio programme on 11th May 2015.