Here is the first article of the collection ‘Seres Urbanos/Urban Beings’ in the Planeta Futuro/Future Planet in El Pais newspaper: ‘Smart State?’. 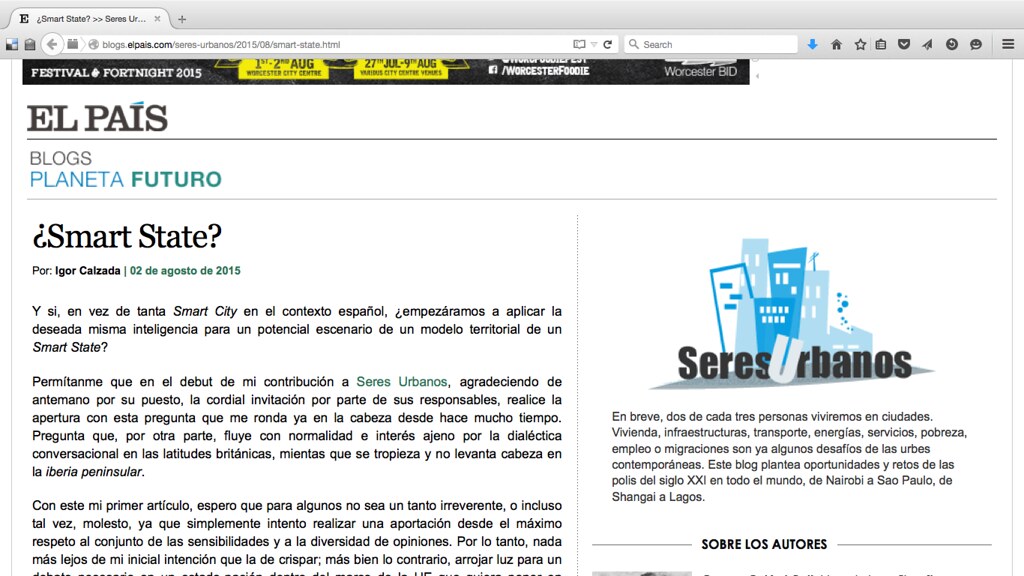