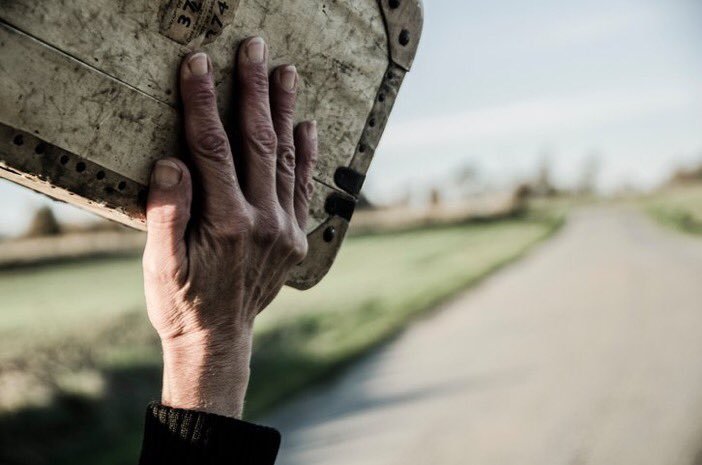 Posted at 01:01h in Projects by icalzada 0 Comments
0 Likes

On 11th September 2017, the third workshop from the Series ‘Bridging European Urban Transformations’ took place in Brussels as a result of the ongoing collaboration between the Urban Transformations programme at the University of Oxford and the Vrije Universiteit Brussel. The event was coordinated by Dr Calzada. 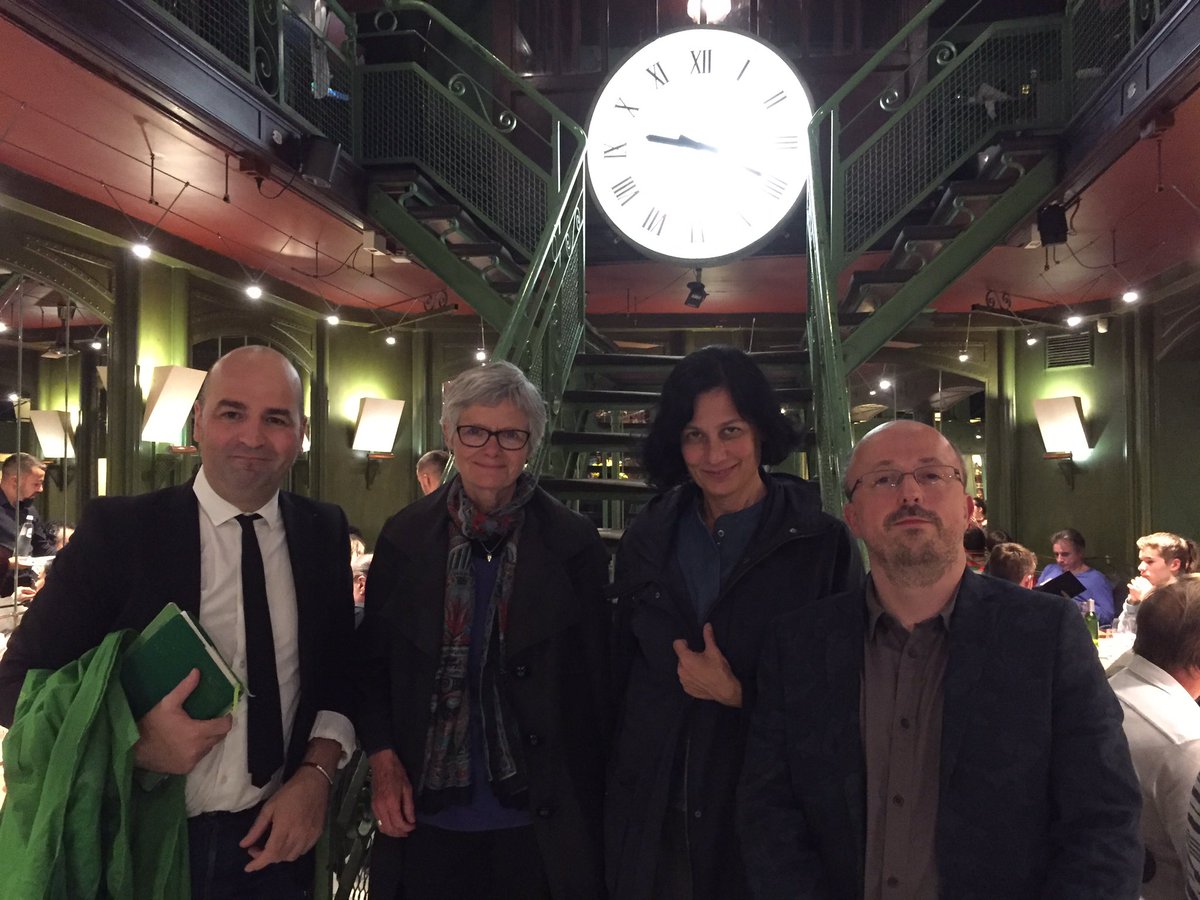 Co-organised in partnership by the University of Oxford – Urban Transformations (www.urbantransformations.ox.ac.uk) and VUB – Brussels Centre for Urban Studies (www.urbanstudies.brussels)

In this post-Brexit era characterised by doubt over what Brexit entirely means for British and European citizens—amidst mass migration, a refugee crisis, rescaling nation-states, state-city relations, transnational networks, ethnic and non-metropolitanised right-wing populist nationalism, politics of austerity and division, spatial segregation and inequalities, and diversity integration policies in neighbourhoods and districts—we could ask how migration can be scaled throughout European city-regions (Hoekstra, 2017, Burridge et al., 2017, Bürkner, 2017). According to Keith (2013), the city has historically been seen as an ‘integration machine,’ the site where most people could describe themselves not only as ‘citizens of the city’ but also—as we are observing recently— increasingly as ‘citizens of the non-city’, thus, invisible citizens of the visible city. Thus, migration is a multi-scalar and multi-territorially-defined changing phenomenon that has become a constitutive principle in the public’s understanding of city-ness.

In this European messy and complex migration context, Europe is at a crossroad, and its cities and regions are bearing the brunt of multiple challenges from macro, meso and micro scale perspectives. This workshop hence is an invitation to rethink ‘urban Europe’ around how migration could still assure that cities and regions are international conduits for the passage of trade, commerce, and most importantly, citizens.

In contrast, macro migration issues such as Brexit are not only re-scaling nation-states but also altering the whole understanding about migration at the supranational scale insofar as there is a growing disconnect between citizens and the EU institutions. Citizens are asking politicians: What does the EU really do for us? Why does it matter? Thus, this workshop brings about academics and policymakers to bridge the gap between citizens and institutions by suggesting the substantial role of cities and regions leaders in advocating transnational networks, migrants’ and refugees’ integration mesoinitiatives, projects and policies (Betts and Collier, 2017, Agier, 2016). Likewise, these policy interventions require tailored neighbourhood and district level micro interventions in order to enable real diversity by tackling segregation and social inequality. The vitality and connections in super-diverse-streets in London for instance ‘demonstrates how important migration has been to the UK’s development in the last few decades.’ (Hall, 2015, West, 2015)

At the European level, cities and regions represent the closest level of government to citizens. This is the case of EUROCITIES that represents the leaders of 137 of Europe’s largest cities, encouraging them to stand together to deliver real solutions for their citizens. The impact of the British public’s decision to leave the EU is a wake-up call for international, national, regional and city leaders in Europe and beyond. Surprisingly, neither the New Urban Agenda realesed by the Habitat III Conference in Quito (Ecuador) last October 2016 nor the White Paper released by the European Commission recently in March 2017 entitled ‘Reflections and scenarios for the EU27 by 2015’, mention the possible impact of external effects such as Brexit. It is thus in these urgent circumstances where cities and regions must be equipped with the tools to connect people and places to growth, wealth, and equality (Cohen, 2016). The Urban Agenda for the EU and Eurocities foresee a future for cities of the UK in this process too, as demonstrated by many UK city leaders from the UK Core Cities initiative. As such, in the midst of re-scaling the UK nation-state, cities, regions and their devolutionary claims have become active drivers in their own right—increasingly independent of the confines of ‘their’ respective nation-states (Calzada, 2015).

Despite the burdens for citizens in Europe, cities and regions should continue to work cooperatively across borders to secure the economic, social and environmental future that citizens deserve. Cities are also central:

1) At the macro scale, guaranteeing the right to live and work for EU nationals and British citizens in the post-Brexit era.

2) At the meso scale, facilitating the integration process of refugees and newcomers in reinforcing and enhancing social cohesion.

3) At the micro scale, setting up interventions projects and exchange programmes in neighbourhoods and districts.

Building on the emerging body of ongoing initiatives, the workshop Scaling Migration Through the European City-Regions will bring together a group of European academics and policymakers to reflect on and debate about the potential for scaling migration in the current circumstances through European cities and regions.

This workshop considers the participation of a broad scope of participants, such as activists, policy-makers, academics, companies, social entrepreneurs and citizens to react upon the challenges migration is posing in our European cities and regions by not only overcoming side effects of the lack of vision and humanitarian aid in migration but also empowering city-to-city learning in order to remodel Europe through its cities and regions.

This one-day workshop commences with an introduction from Prof Michael Keith, co-ordinator of the Urban Transformations ESRC portfolio, and Prof Bas van Heur, co-ordinator of the Brussels Centre for Urban Studies. This will be followed by five slots and speakers who are experts in the field: three from the Urban Transformations ESRC portfolio projects and three from the VUB.

This workshop emphasizes an interdisciplinary dialogue, bridges the gap between theory and practice, and encourages knowledge exchange between academics, policymakers, citizens and activists.

If you are interested in participating in the workshop please register to the workshop via Evenbrite: https://www.eventbrite.com/e/scaling-migration-through-the-european-city-regions-tickets-35661064203

These are the reports published by Prof Keith and Dr Calzada from the Urban Transformations programme:

10:40-11:10 Cities as incubators of inclusion: reflections on European city responses to migrants with legal and irregular status and on evolving implications for multi-level governance.
Prof Sarah Spencer (UOxf-COMPAS)

11:40-12:00 Debate: How state-city relations and multi-level governance in global migration issues could alter the current urban shape of Europe? (Section 1/3)

13:20-13:40 Debate: How transnational migration networks are the driving forces for these changes in European cities and regions? (Section 2/3)

14:20-14:50 Migration and spatial persistence: The implications for urban segregation and inequality

14:50-15:10 Debate: How segregation and social inequality could be tackled through neighbourhood and district integration initiatives in European City-Regions? (Section 3/3) 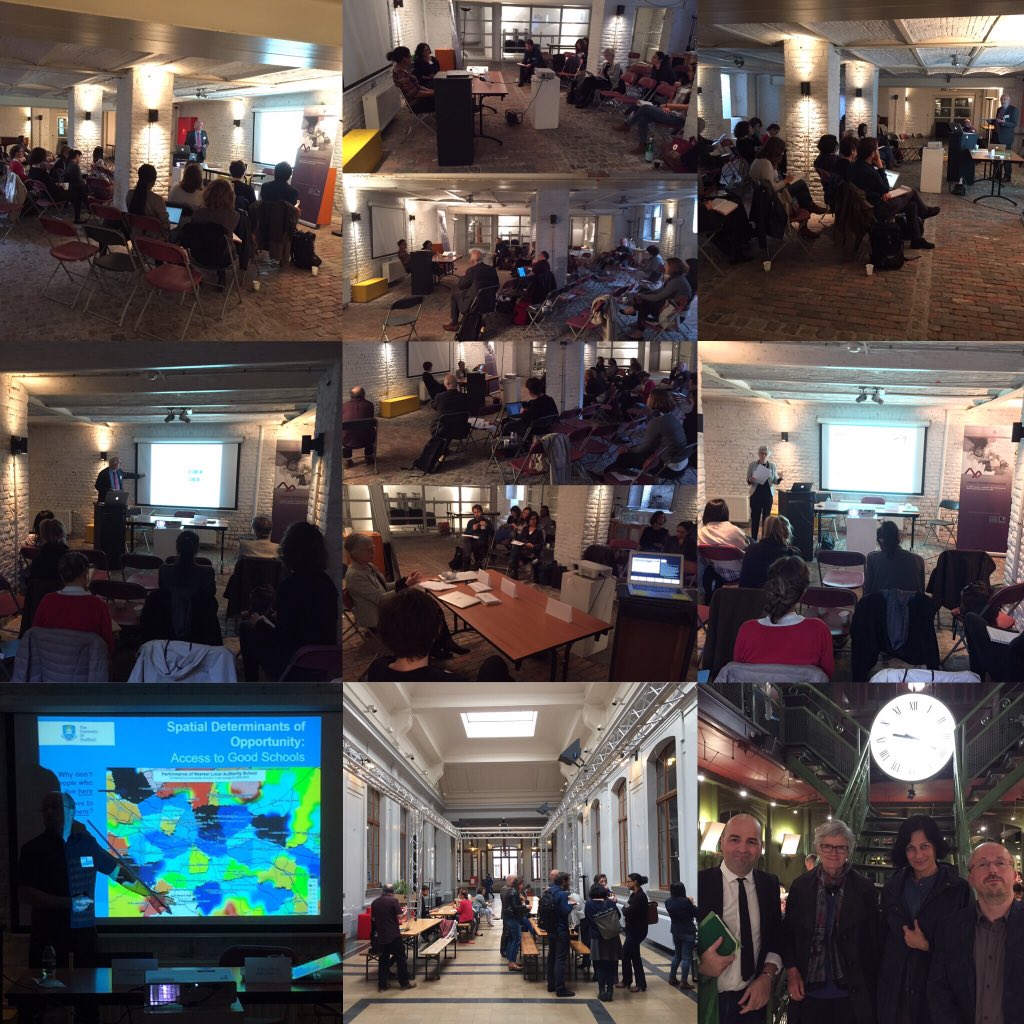 KEITH, M. 2013. The Great Migration: Urban Aspirations. In: SYMPOSIUM, W. B. S. S. U. R. A. K. (ed.). Urban Development and Resilience Department and the Research Support Budget of the World Bank.

WEST, E. 2015. The Diversity Illusion: What We Got Wrong About Immigration and How to Solve It, London, Gibson Square Books.