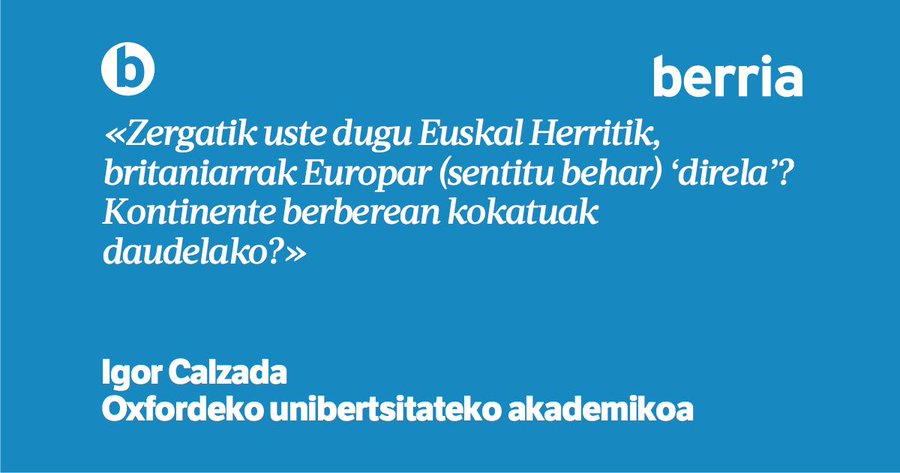 19 Sep ‘Brexit: erraietatik’ (Brexit: from inside, from the guts) opinion article in the newspaper Berria (a newspaper in Basque language)

Posted at 14:43h in home, Publications by icalzada 0 Comments
0 Likes

This is a periodistic article published on September 8, 2019, in the Basque newspaper Berria, which is entirely in Basque language. The article revolves around the volatile Brexit context by giving several insights referring to the democratic dysfunctional nature of Brexit whatsoever and elaborating from an sketchy and nuanced analysis on the unequal scenarios and future prospects for England, Scotland, Wales, and Northern Ireland. 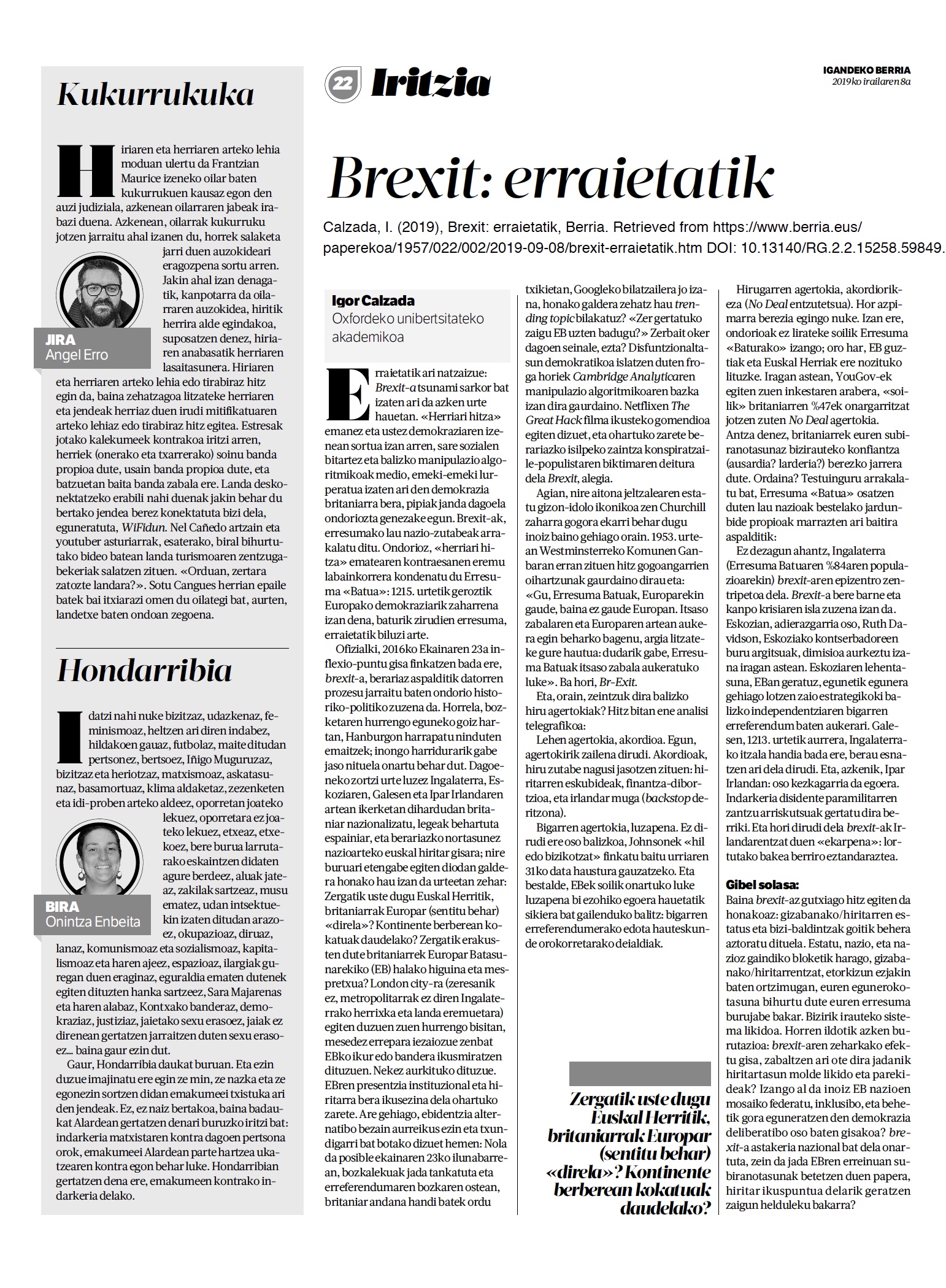 This article was accepted in the University of Oxford, Oxford Research Archive (ORA). 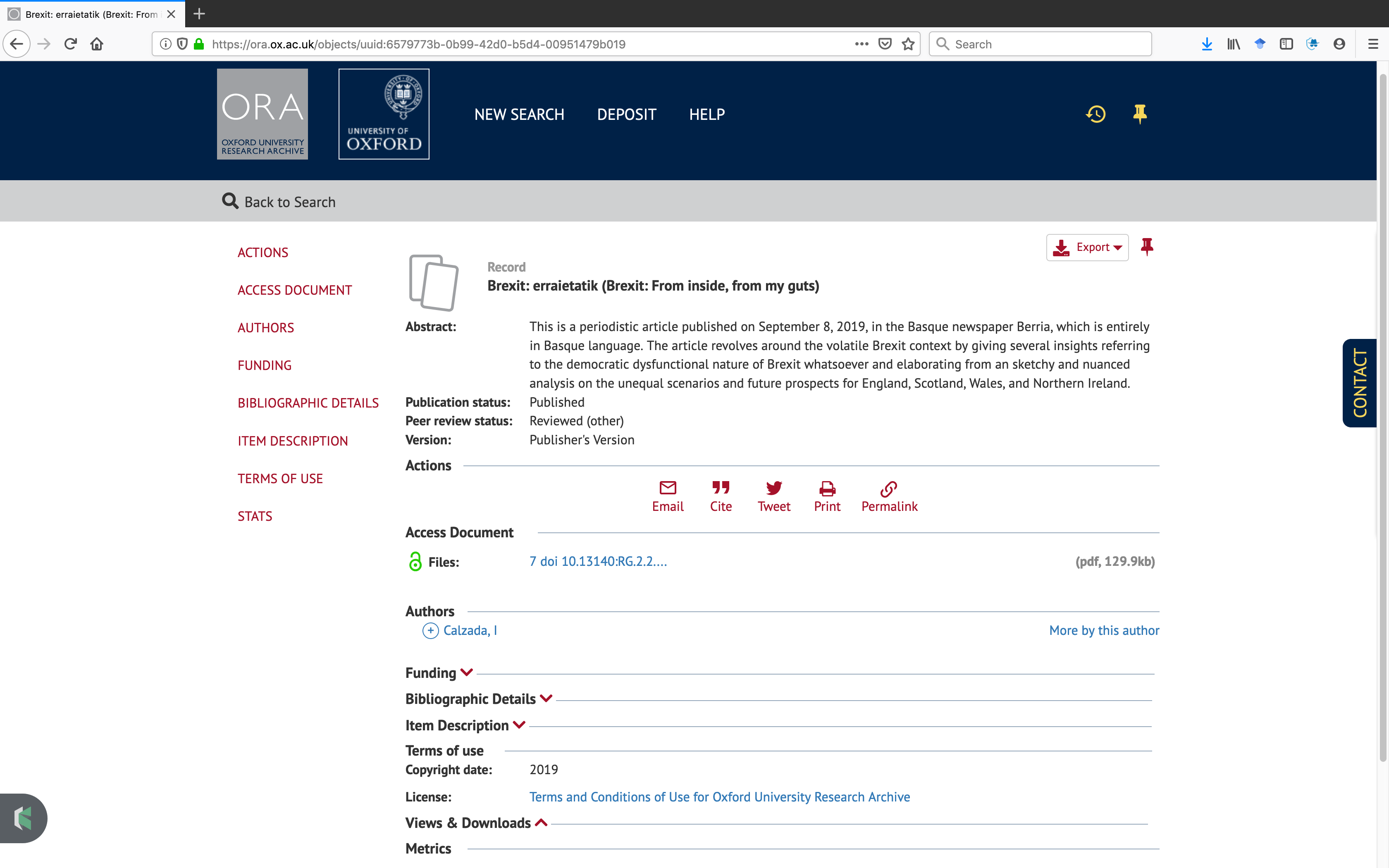