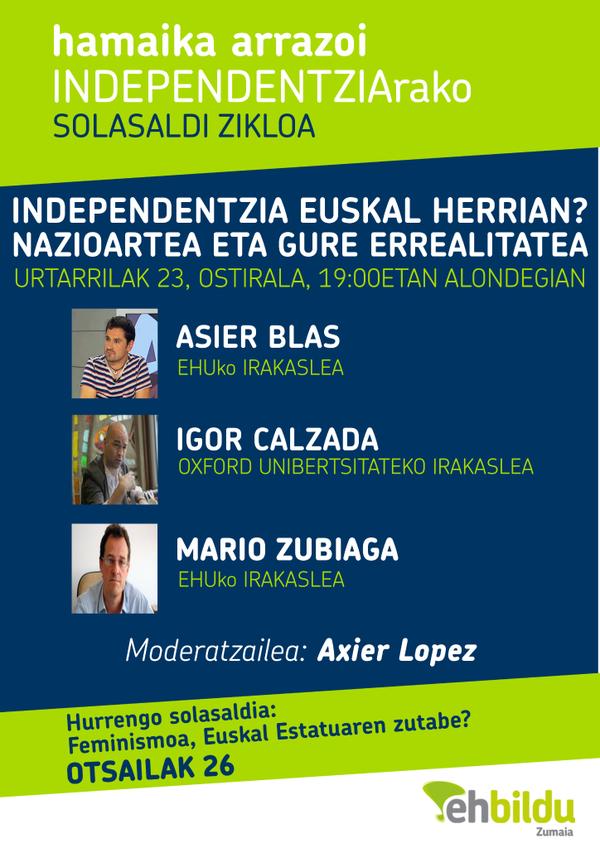 Posted at 11:56h in Projects by icalzada 0 Comments
0 Likes

On 23rd January, I was invited and took part in the roundtable that was organized by EHBilduZumaia (Basque left-independentist coalition) in order to discuss with another two Basque academics the current situation in the Basque Country by analysing Catalonia and Scotland recent news, facts, results and independentist social movements in Europe. The roundtable is part of a broad public meeting event series entitled ’11 Reason for Independence’. 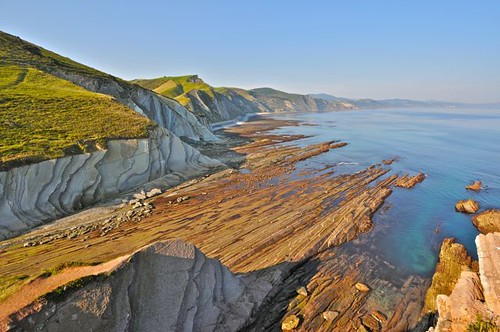 In June 2014, a book/publication entitled ‘PostIndependence’ by Dr Igor Calzada was launched regarding this current international comparative, changeable and dynamic context around devolution and independentism in diverse European territories as regards to their referential nation-states. A summary could be read here.

After the event, the organisers recorded the whole roundtable that I inserted here. Thanks to the organisers for inviting me to take part in the event, my roundtable mates, Mario Zubiaga and Asier Blas, for building up a scientific community that should be connected not only permanently streetwise, with the citizens but also with policy-makers and politicians. Also to the moderator, the journalist, Axi Lopez.