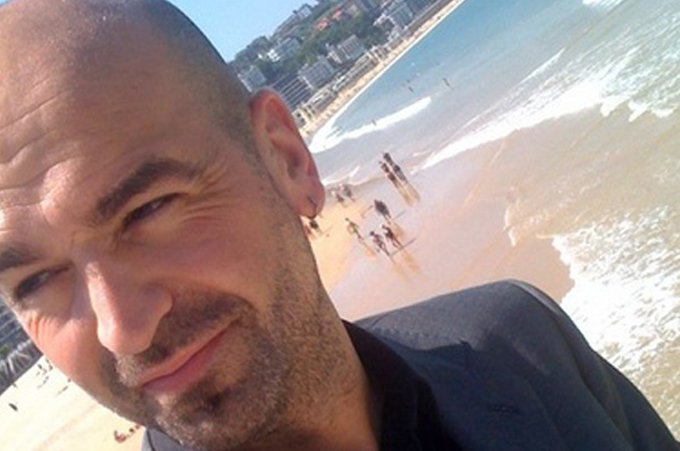 His research and policy work is concerned with the crossroads between Territories, Social Innovation, Data-Driven Cities, Strategy, and Governance. Hence, his main research focuses on comparing processes in City-Regions and Smart Cities.

Dr Igor Calzada, MBA, FeRSA, is an academic working as Lecturer, Senior Research Fellow, and Policy Adviser in Urban Transformations and the Future of Cities at the:

He also has experience outside academia working with stakeholders in the public, private and civic society sectors. In the public sector, he has held the positions of Director of Research for the Basque Regional Government (2008-2010), Scientific Director of the City-Region Congress (2012) and Political Innovation Summer School in the University of the Basque Country (2015). In the private sector, he has worked at the Mondragon Co-operative Corporation Group for more than a decade (2002-2015) and as a Deputy Manager of SMEs (1997-2002). In order to disseminate social and political research analysis, he collaborates as popularizer with some media.

He has delivered keynotes and carried out fieldwork research internationally:

His main research interests are comparing social, technological, economic, democratic and politically innovative processes in cities and regions by paying special attention to cases and issues of regional and metropolitan devolution. In particular, he is focused on investigating European City-Region and Smart City benchmarking case studies through the application of qualitative and action research methods.

What specific 4 questions does his research address?

He is working in two main research fields:

1.- The first research field is about City-Regions:

2.- The second research field is about Smart Cities:

At the EU level, currently, he is also conducting research on comparative metropolitan smart city-regional case studies in various projects in permanent collaboration with European partners (HEI, public authorities, private firms, civic groups, and so on):

In addition, there are three main research fields that he is combining in an eclectic mix: Territories, Social Innovation, Strategy & Governance. He summaries this mix as: Smart City-Regional Comparative International Interdisciplinary Applied Research.

In the last decade or so, there has been a proliferation of literature on new forms of urban and regional governance (Brenner et al, 2014; Keating et al, 2014; Herrschel, 2014). His main concern is about how territories behave in this new scenario, taking into account that the main analytical unit is the Region.

His research aims to understand the City-Region concept comparatively while gathering eight evidence-based case studies with the research project: ‘Benchmarking Future City-Regions’. Different case studies articulate their city-regionalism features in a diverse way, he aims to analyze what these features are and how they relate to each other systemically. He is conducting field work qualitative research applying the 5-System City-Region Framework.

He is interested in the controversial way territories are defined and are objects of diverse policy-making processes. Not only he is interested in the nature of the city-regions comparatively speaking, but also how controversial the definition of the territorial unit could be. As an example, he is observing a Smart City idea and application from the Critical Social Innovation perspective which means that a new paradigm is required when urban bottom-up interventions are going to be the key governance challenge in the postgrowth era.

He carries out action research methodology is a resourceful way to attempt to understand the dynamics of emerging topics such as these, in which unprecedented facts are to be studied by following-up news, reviewing policy papers and reports, reading academic papers and at the same time gathering qualitative data via interviews; the goal is to remain up to day and show new results as they emerge in this on-going research process.

At the moment, he is interested in the following topics:

He has been presented with 10 Research Fellowships and Awards from 2008 to the present time to research on Regional Comparative Studies:

He has been appointed in the following professional posts:

Alongside his educational qualifications are as follows:

He is/has been member of the following institutions by presenting this professional qualifications:

Recently he was appointed as a Senior Policy Adviser for the following projects in the field of (Smart) City & Regional Policies:

His hobbies are three: (1) he plays and sings in Basque & English as performing songwriter with the nickname FasTFatum, (2) jogs or runs half-marathons hashtaging as #7MilesJog & (3) loves coffee and his favorite color is green.